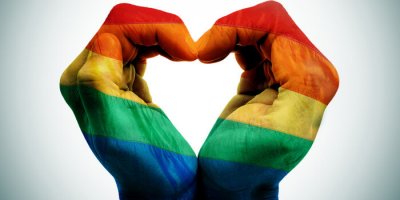 “To not be able to love the one you love is to have your life wrenched away” ~ Vikram Seth.

Same-sex love is often decried as unnatural or considered an abomination in many circles of society. However, we do not agree. We at UrbanClap, are a simple bunch of people. We believe that love is love and everyone, and we mean everyone – irrespective of their race, gender, caste or sex; should have the right to love whoever they want to – in many ways, it’s the most basic human right. We stand firmly beside the LGBT community in India, as they fight for their equal rights, in the eyes of the law, or society. Our past efforts with the NAZ foundation and this video are very small gestures towards furthering the cause of the Lesbian, Gay, Bisexual and Transgender (LGBT) community.

As part of this effort, we are also giving away free photo shoots to LGBT community couples. The easiest way to reach out to us is to tag UrbanClap on Facebook or Twitter, with the hashtag #Comeoutforyourphotoshoot, or simply write to suhailv@urbanclap.com. We promise that if you so wish, your identity will remain strictly confidential.

This film is already getting a lot of positive reviews from known LGBT activists and we couldn’t be happier about it. Here’s what Ileana D’Cruz had to say about it on Twitter:

Left with a lump in my throat n cldnt help the tears. Absolutely beautifulhttps://t.co/axrzYffjV3#samelove @urbanclap u have my love❤️❤️❤️

She even went so far as to pledge her support to all the LGBTQ couples out there:

@urbanclap u can count on me! I’m here to support equality in all forms. Life’s too short to be denied love n happiness ❤️

The sentiment was shared by Koena Mitra:

And Vagabomb (who even wrote a blog about it):

This video featuring #samesex couples makes us want to give @urbanclap a standing ovation:https://t.co/mNTrQui3ll#LGBTQ #LoveIsLove

#BVPfunded @urbanclap supports the #LGBTQ community in their new ad. Everybody has the #RightToLove … | https://t.co/qbcuxQMRfm #Pride

We hope that we continue to receive this outpouring of support and acceptance of love in all it’s forms because every love deserves its special place in the world. After all, as long as you’re happy, does it matter who you fall in love with? Come out for your photo shoot. Give others the confidence to take pride in their choices. Share the love.

Write to suhailv@urbanclap.com for your free photo shoot.